This is free cliptext provided by Beyondesaurus.com. You can use it in your reports, websites, and documents of any sort at no cost. It is greatly appreciated but not required to cite Beyondosaurus.com. 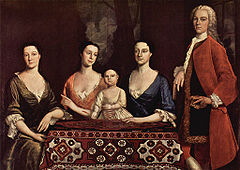 It has been studied and documented that we hear thirty-two items of criticism for each item of praise! It starts when we are babies, ” Ooooh, your diapers stink!” or ” Can’t you keep out of trouble for even one minute?” Sure, we may not have known what the words meant, but even as babies, we felt the emotions behind those words. We grew up with much more negative input than positive. It is no surprise that we do the same thing to our friends, associates, and children.

What if it were reversed? What if you started offering genuine praise to anyone and everyone, every time you see something praiseworthy?

At first, people would probably think you flipped. But they would also enjoy the compliments. Eventually, they may catch on, or maybe they’d just start following your example, because people do tend to emulate what surrounds them.

The big picture results are obvious. Eventually we’d have a world in which everyone hears how well they do things, how nice they look, how their presence is so enjoyable, and so on. And, these people would have more confidence in themselves.

>Would they? Of course. If from a young age, you were told that you are good, and that you can accomplish what you like, you’d make the effort. You’d know that you can make a difference, that you can have what you want, that you deserve a good life, that it is worth your time to practice your skills. In such a world, if it existed, you’d have a much more successful and happier life. So would everyone, and at no cost, other than the energy to open your mouth and say kind things to everyone, and hold your tongue when what you have to say is not so positive.

>Such is not the world we live in now. But you can change it yourself. Not all by yourself, but you can start it in your sphere of influence, and people will catch on. You can influence your friends, your family. They will influence their friends and associates. Perhaps sooner than you think, everyone will start doing it. We see it happen with slang. Remember when ” bad” meant bad? That transition happened fairly quickly. And so can this, because this, too, is simply a matter of spoken words.

You may gain from this sooner than you’d think. Before the whole world changes to this new thirty-two-to-one praise to criticism ratio, it will help you in your life. As an example, if you start praising your mate much more than you scold, what will happen? Will your mate become lax? Perhaps dinner will be late, the library books will be overdue, the kitty pan won’t get changed when it should? Maybe, a little bit, at first. Can you stand it? More important, can you keep quiet, and let it happen, while you go on practicing your 32-to-1 game?

I think so, especially when you know that soon your mate will start copying you, consciously or not. Then, you’ll start feeling good, when your loved one tells you that your hair looks nice, or that you are such a great cook, rather than telling you that the lawn needs mowing really bad. Imagine a peaceful home life, where you know your mate likes the way you look, the way you cook, where you feel no pressure to mow the lawn right now. Why, you’d probably want to mow that lawn, just because you’ll get praise for it.

For best results, make sure your praise is always sincere. Contrived is embarrassing for giver and receiver.

Some people have a hard time receiving compliments, after all they don’t get them very often. Therefore, at first, keep your compliments small and simple, using only a few carefully chosen words.

People are more comfortable with compliments about things they are not known for. The professional musician would rather hear that you respect her political views, than that she plays her instrument well.

Another way to comfortably praise people is to offer compliments which they don’t have to work to acknowledge. If you praise someone noisily in a group of people, the recipient then feels he has to offer some sort of thanks, or deny it, equally loudly. On the other hand, if you slip praise into the middle of a paragraph, then the recipient can have the compliment without obligation. Here’s an example:

“John, Sally’s a great cook, look what she did with this potato salad! Sally, is there any more in the kitchen?”

Relayed praise is the best of all, worth ten times as much as direct praise. For instance, if you wrote a song that I liked, but Fred told you that he enjoyed it when I played it for him, you’d be more pleased than if I simply told you I liked the song, right?

Relayed praise can be amplified even further, if it comes from someone noted in the field. If I showed your song to a famous songwriter, who then told you it was really excellent, that would be even better than if plain old Fred said so.

Asking someone for their opinion or experiences is always a great way to let them know your respect their thoughts. And again, if done in the presence of others, the effect is magnified.

Be on the lookout for backhanded compliments. There is a strong temptation to say something like, ” I really admire your intelligence. That’s why it surprises me that you have so little understanding of our budget.” This is not a compliment. We know that but we are so used to correcting, offering critique, that if we don’t pay attention, these things slip out.

A good test is to see if you plan to gain anything when you praise someone. If you decide that you have nothing to gain, you aren’t trying to get someone to fix your flat tire, to change into a better looking outfit or to clean up their room, then your compliment is probably a good one.

Gossip currently follows the same thirty-two-to-one ratio. Gossip hurts the people who do it, almost more than the people about whom they talk. The reason is that someone who gossips can’t be trusted. Therefore, as their reputation builds, they are trusted with less and less information. Really severe gossips have few quality friends, because they have a hard time finding people desperate enough to risk spending time with them.

My recommendation with gossip, then, is to reverse its ratio also. Thirty-two times more often than you negatively gossip, look for good things you can tell others about your friends, family and associates.

“I will speak ill of no man, and speak all the good I know of everybody.” – Benjamin Franklin. If it worked for him, it ought to work for us.

“I have yet to find the man, however exalted his station, who did not do better work and put forth the greater effort under a spirit of approval than under a spirit of criticism.” – Charles Schwab, who was paid a million dollars per year for his management skills.

How accurate, relevant and well-written is this website? If you find any inaccuracies, typos, or have suggestions, I’d really appreciate hearing about it. Please drop me an email: jeff@jeffnapier.com

No one associated with Beyondosaurus.com will accept responsibility for your use of this information. Please do your own fact-checking before adding this information to your own reports, repeating in speeches, placing bets, etc.

what will kill your website is lousy hosting. If your existing website is slow, or quits working periodically, it’s costing you a lot! I wrote about that here so you can know the truth.

Please feel free to make use of this interesting and unusual text in your own reports, websites, social media, or documents of any sort.

Unusual and Interesting Websites For Sale!

Enjoy the pride and profit of your own website! Sites-For-Sale.com.

Your donation in any amount, even $1, will support addition of new features.